It takes teamwork and talented people to create great wine and Eventide is no exception. Luckily for us, Waiheke Island of wine - is a viticulture haven and has attracted some wonderfully skilled people.

Listed below are some of those who are integral in the operation at Eventide Wine.

Chris is Founder and Managing Director of Eventide. A serial entrepreneur with dual citizenship in the U.S. and New Zealand, Chris's primary background has been in the retirement and senior care sectors. Originally from the US, Chris is one of the pioneers in the so-called "assisted living" movement in the U.S. which started in earnest in the mid-80s. Chris co-founded and ran the largest assisted living company in the southeastern U.S.; Southern Assisted Living, Inc. -- from 1995 to 2006.

Moving to New Zealand in late 2006 Chris served as Director, then board Chair of Vision Senior Living for several years and also continues to assist with the phenomenal growth and success of Sal's Authentic New York Pizza as it's only outside investor and board member.

In 2011, Chris co-founded EcoZip Adventures on Waiheke Island with Gavin Oliver on the same site as Eventide. Under Gavin's leadership, EcoZip Adventures has developed into one of New Zealand's leading small tourism operators having been certified as QualMark Gold and recently recognised as "Small Tourism Business of the Year" by the Tourism Export Council. EcoZip has also been granted TripAdvisor's Certificate of Excellence 7 years in a row and was named one of the top zip-line experiences in the world by USA Today.

EcoZip and Eventide share a deeply environmentally focused ethos. A percentage of all of EcoZip’s revenues are directed to a comprehensive weed and pest eradication programme, which has spurred the rejuvenation of our Waiheke site. Under EcoZip and Eventide’s stewardship our forest, which has been designated a Site of Environmental Significance, has seen an explosion in biodiversity with the return of myriad species of native birds, reptiles and insects. Recently certified a Carbon Positive business by ekos, EcoZip has gone a step further and is now partnering with the Waiheke Resources Trust to encourage their clients to donate eco-sourced native trees for planting in restored coastal wetlands.

When Eventide and EcoZip were started in 2011 Chris and his wife Helen planted the first Syrah vines on the site. The vineyard is now mature and producing about 150 to 200 cases per year. "It is such a joy to walk through the vineyard and see how both EcoZip and Eventide have matured on this very special site with stunning views in all directions. Waiheke and this site in particular are ideal for syrah and we are so pleased to be able to share it with our customers". 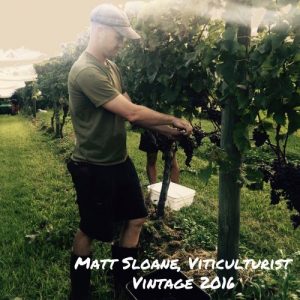 You would be hard-pressed to find someone with a more comprehensive understanding of viticulture on Waiheke Island than Matt Sloan.

He established Sloan Viticulture in 2009 to provide boutique vineyards access to an experienced viticulturist.

Matt completed a Bachelor of Science majoring in Chemistry and Bio-Chemistry, however, his love of wine sent him back to Lincoln University where he achieved a Post Graduate Diploma in Viticulture and Oenology.

When asked about his philosophy, Matt replies that his beliefs are quite simple, "Vine balance is key.

Concentration of flavour and balanced tannin come to life when the vine, soil and local environment are in equilibrium. The use of viticulture tools helps us achieve this balance".

When not in the vineyard you will find Matt enjoying the Waiheke lifestyle at the beach with his family, or out fishing 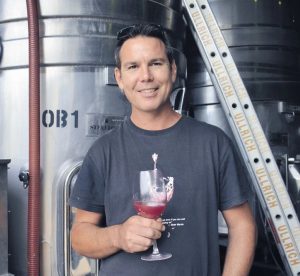 Michael’s wine experience goes back to Germany and Australia.  He worked for Weingut Heitlinger in Baden, Germany and Mudgee, NSW for Simon Gilbert Wine Services, as Assistant Winemaker.

Michael gained his wine industry training in Blenheim where he completed his diploma in Viticulture and Wine Production in 2000.

In 2017, Michael won the prestigious title of New Zealand Winemaker of the Year at the NZ Aromatic Wine Show